If you’ve followed along with My Pregnancy Journals then you know that baby pure decided to remain breech despite all of my many, varied efforts! After envisioning and planning a natural birth at a birthing center I found myself emotionally preparing for a birth experience I never expected, a cesarean section.

We arrived at the hospital at 6:30am on Thursday, December 19 for pre-admission bloodwork and then to get prepped for the surgery. Somehow both my husband and I managed to get a few hours of sleep the night before. We were both excited about the anticipated arrival of our little girl but I was also extremely nervous about having surgery.

When we got in to the recovery suite I had to wipe my body down with the antibacterial cloths and get in to the hospital gown and booties. Then the nurse tried to place the line for the IV. My hands were swollen, which was normal for me in the last weeks of pregnancy, and the nurse had trouble finding a vein in my hand. When she finally tried one it blew and she had to call in “the blood guy”, as she called him. He took a shot and blew through another vein. The pain is intense for a very short while, but thankfully went away within minutes. I was getting pretty upset because all I could think was “I didn’t want this anyway”. But I pushed those thoughts out of my head because it was happening no matter what so I couldn’t get myself upset about it and just needed to focus on the fact that I would be meeting our little girl soon. On the third try he got the line in on my forearm. I was so thankful it worked!

Next, one of the midwives from the birth center arrived. I had never had her for an appointment before so it was our first time meeting. I was nervous that might happen but we absolutely had the best experience with her! She has been a midwife for about 30 years and was very vocal about what we wanted with the hospital staff, but not in a pushy way. She knew that we wanted to have the most “natural cesarean” possible but that this hospital did not have a history of allowing immediate skin-to-skin, delayed cord clamping, permitting the husband to cut the cord or having the baby stay with us right away. She basically said we can try to ask for things but expect them not to happen.

The OB came in the room, who I had also never met before since I was not expecting a hospital birth and did not anticipate needing an OB. He was the type of man you “picture” to be a doctor and had a good sense of humor which helped put me at ease. He went through the normal informed consent, discussed the surgery, and confirmed that the baby was still breech. Then he left as we waited for our OR time. The anesthesiologist also came by for the same spiel.

I was happy to walk myself to the OR since I knew it would be the last time I would be walking for the rest of the day. When I entered the OR I sat on the table and got prepped for the spinal. I was really nervous about this part but my midwife told me to use the focused breathing techniques we had already worked on while preparing for our natural birth. The breathing had also helped me during the External Cephalic Version (ECV) to try to flip her from breech, so I knew it would be helpful in keeping me focused and calmer during surgery as well.

Getting the spinal was not nearly as painful as I was expecting it to be. And it kicked in really quickly. I was cautioned that even though I may feel as though I can’t breathe that they would be monitoring my oxygen level and everything would be fine. I absolutely had the sensation of not being able to breathe which is a horrible feeling. I also got really cold, clammy and lightheaded. And my arms and hands had numbness which I wasn’t expecting. My husband was allowed to enter the OR after I was already laying on the table. When the baby was ready to come out the midwife told him to stand up and look. The OR nurses said “No” as he started to stand because they were afraid he might pass out if he looked. He looked anyway! And I watched his face as he saw our little girl coming out of my belly since I couldn’t see anything with the drape there. He had such a wide smile and was saying “Here she comes, here she IS!”. They held her up but I could only see the top of her head and her eyes before they whisked her over to clean her up. What a great head of hair she had! And quite a pair of lungs, though it was the most beautiful sound I’d ever heard.

They told us everything was fine, wiped her off, wrapped her in a blanket and brought her over for my husband to hold near my head. I started to feel much better at this point now that I knew she had arrived safely. She got to stay there for a few minutes while they started to close me back up. Then my husband and the baby left with the midwife while they finished the surgery. I was expecting my husband to follow the baby to the nursery for her to be examined, since that is what we were told would be happening next.

When I finally was wheeled back to recovery they were waiting for me! I realize that this may happen frequently at other hospitals but I was told not to expect this so I was so excited when they were there. The midwife immediately helped get her over to me for some skin-to-skin contact and to initiate breastfeeding. It was the most wonderful feeling in the world. Probably about 30 minutes elapsed between her coming out and then getting to hold her in recovery. After we spent some time together the baby was taken to the nursery for her exam. When I was able to move my toes we were transferred to our hospital room and got to be together as a family before the new grandparents came to visit. 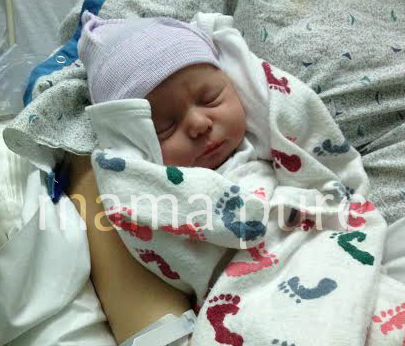 I hope you enjoyed reading our birth story. We are happy that all turned out well and we have our beautiful little girl here with us safe and sound.

Zipadee-Zip Slumber Sack Giveaway ~ Ends 2/11
A Rough Start To Breastfeeding But We Met Our 6 Week Goal! 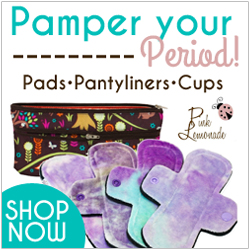